The Battle of the Operating Systems 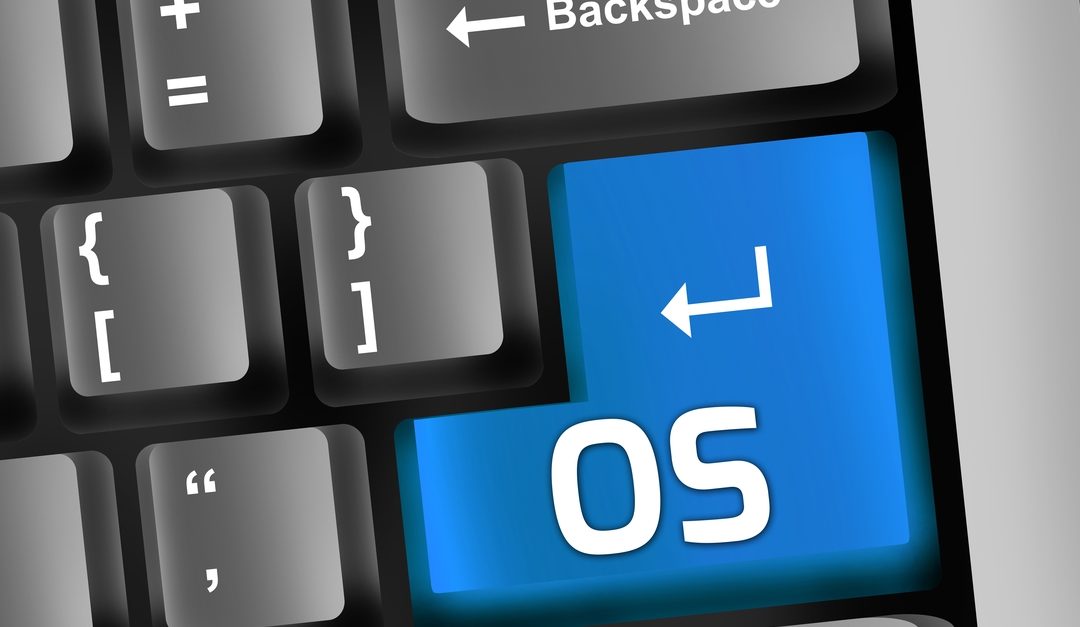 The Battle of the Operating Systems: choosing the best OS for your business needs

An operating system (OS) is the software that acts as the interface between you (the user) and the hardware that you’re using. An OS is essential for anyone who’s using a computer of any kind, whether it’s a PC, mobile device or tablet. Simply put, without an OS, nobody in your business can use a computer or mobile device.

Choosing the right OS to meet your business needs is essential, especially in a time where many businesses are migrating away from legacy Windows 7 products.

The end of Windows 7

On 14th January 2020, Windows ended its extended support for Windows 7, meaning that they no longer supply security or feature updates for any Windows 7 products. Although Windows 7-enabled computers and devices will carry on working, using old operating systems that are no longer upgraded or supported significantly raises cybersecurity risks.

The effects of the end of Windows 7 are being felt across industries, however one sector particularly affected is the healthcare industry. According to a new cybersecurity report, 70% of devices in healthcare organisations are running unsupported Windows operating systems, increasing the industry’s cyberattack vulnerability.

Cyberattacks often come with damaging IT outages, the effects of which were felt by the NHS in the 2017 WannaCry attack, which saw over 19,000 appointments and operations cancelled with devastating effect over the course of a week-long IT outage. This cost the NHS £20m directly and £72m during the aftershock.

What are your options?

Given the need to move away from legacy Windows 7 products, there are a range of general-purpose operating systems available, the most popular being Google Android, Microsoft Windows and Apple iOS.

Windows is the most popular OS – nearly 90% of all computers use some version of it, but Android has been steadily growing in popularity since its introduction to consumers in 2008. Although a custom OS is possible, in a business environment, it’s best to use a general-purpose operating system that offers access to popular applications and support.

Below, we take a look at some key considerations when choosing an OS and how these might impact choice across different industries.

For the vast majority of users currently using Windows 7, staying with a Microsoft product can reduce the time it takes to adapt to a new OS, and mitigates any compatibility problems associated with migrating across systems. In this respect, upgrading to the new Windows 10 might be a good option.

The problem with Windows is that it doesn’t always offer the best options for flexibility and scalability. Microsoft Windows is closed-sourced, meaning that it is owned and managed by Microsoft, and developers do not have direct access to the operating system programming code. Android, by contrast, is an open source platform, meaning that the operating system is available for modification to suit a businesses’ particular needs.

In terms of scalability, both Android and Apple iOS offer greater support for cloud-based capabilities. Although Microsoft have improved their cloud offering in the new Windows 10 update, the scalability capabilities of Windows are still limited in comparison.

The user-friendly factor can play a crucial role across different industries. In the medical sector, having an OS that’s simple to use can free up valuable time. The OS on medical devices, such as wall-mounted defibrillators, needs to be simple and easy to use so that anyone can operate the device in an emergency situation, when seconds matter.

In the retail industry, devices such as wall-mounted, in-store touchscreens are used by a wide range of general public users, so simplicity and attractiveness are key.

Apple iOS is known for its design simplicity and minimalism, making it an ideal product where ease of use and appearance matter. iOS, however, can only be used with Apple products, which are often much more expensive, meaning that it may not be the best choice for industries where cost effectiveness is priority.

The Google Android OS wins points for user-friendliness, thanks to the large range of applications it offers through the Google Play Store. The Play Store is Google’s official, pre-installed app store on Android devices and offers over 2 million apps.

As businesses continue to face growing and ever-changing security threats, the security element of a business’ OS choice often plays a central role. Your OS influences overall system security, and although no OS is a full safeguard, having a secure operating system is a good foundational starting point.

OS software needs to support security features, not only to protect against malware and unwanted or rogue applications, but also to deliver secure data storage and transmission. This is especially important in industries such as healthcare, where large amounts of sensitive patient data are held. Since security threats are ever-changing, the system software also needs to support the secure upgrade, download, and authentication of applications to help keep devices secure going forward.

Microsoft hasn’t always had the best reputation in terms of security. However, they have put a lot of effort into improving the security of new Windows products, including rewriting the OS codecase, adding their own antivirus software and boosting firewalls.

One unavoidable security issue for Microsoft users is the popularity of Windows, which makes it a prime cybersecurity target; more users means a wider pool of potential targets and a more lucrative attack opportunity.

Although there was a time when Apple iOS was viewed as virtually impenetrable, this doesn’t mean that attackers can’t get through. Some of the security benefits of iOS are that, since it’s not as widely used as Windows, it’s often less of a cybersecurity target. Apple also works to stay ahead of rising security issues.

The battle of the operating systems is one that’s been raging for decades. Ultimately, it all comes down to assessing what your business needs are and choosing an OS that meets these priorities.

If you need advice on choosing the best system for your organisation, contact us here >